Owl Alert: Does is it Work?

Home/Home and Garden/Owl Alert: Does is it Work?

Owl Alert: Does is it Work? 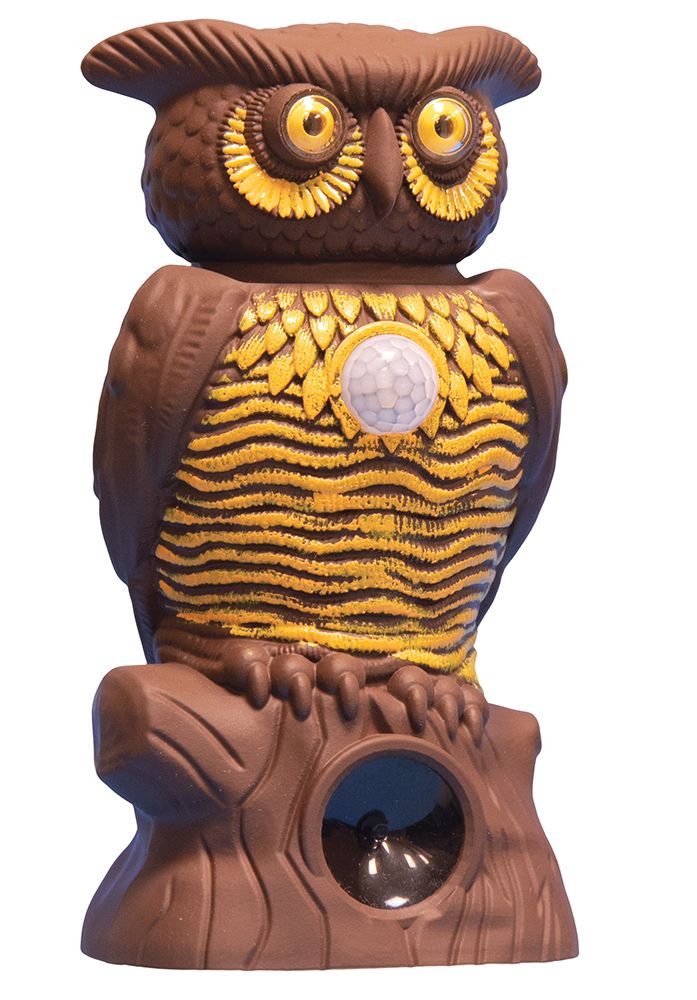 A lot of people have been asking whether the Owl Alert could be the answer to finally keeping your perfect garden safe from losses and can protect from animals such as gophers.  The idea behind this device is effective given that animals, insects, and some birds usually fear owls and will do anything to avoid invading their space.

So keeping an owl-like device to guard your garden is a great idea. The question is, does Owl Alert really prevent animals from nibbling your growing plants and vegetables?

The Owl Alert is purposely built to repel animals and birds using motion, sound, and light.  These three elements in its design will shoo away-unwanted animals within the forty-foot range.  When birds or animals move towards the garden, the device is supposed to wade them away in the opposite direction. It emits an ultrasonic sound that is unpleasant to animals, but not to humans.  It covers a 120-degree angle and its waterproof, so putting it out in the open will not be an issue.

It is portable and can be placed in almost any elevated place within your garden.

Currently, Owl Alert cost $19.99 plus additional shipping and handling cost of $ 7.99.  You can also receive a second unit for an additional cost of $7.99, that is definitely less than a bag of animal repellents.

Owl Alert uses motion, sound, and light  to repel those nasty birds and animals from your yards

The device rotates a full half turn so it keeping the garden in front of the device safe.

Owl alert features an ultra-sonic sound which is not detectable by human ears, but very irritating for animals

One of the greatest advantages of this device is that you do not have to mount is under a roof, you can literary place it anywhere in your garden without worrying about weather elements.

This device does not use any chemical repellents.

How is Owl Alert Different from it Competitors?

Owl alert is not the first device designed to repel animals and birds, but it is definitely one of its kind device; a 21st-century scarecrow device for home use. It is the only device in the market with three-in-one features to fend off those pests from your yard.

Unlike most devices in the market, Owl Alert is motion-activated, therefore, whenever it is triggered either by your pet or other unwanted animals it emits the ultrasonic sounds, begins to rotate, and glows its eyes.

How to Use- Step-by-Step Guide

Setting up the device is pretty simple: you only need to set it up an elevated area within your yard. The device supports a mounting stand, so you can get one, but you don’t have to, the device can be located almost anywhere.

It powered with battery, so once you have them in place,  just power it up and watch the magic. It a natural deterrent, and with the three features in it, it will keep those unwanted pests, rodents, pigeons, raccoons, and more out of your garden.

It is that simple! 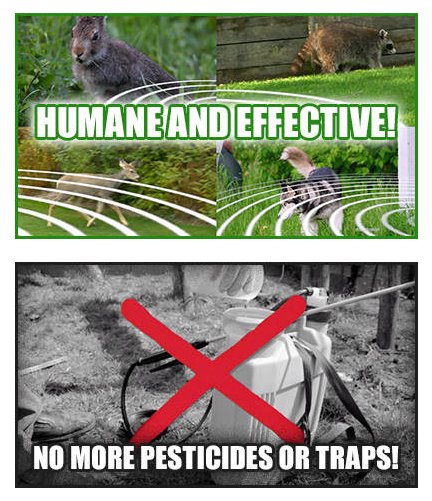 Does it really work?

The unit is as effective as advertised. It will get rid of the unwanted animals, insects, and birds within the 40-foot range. It may not be a 100% effective solution, however given that most animals hate owls and the nasty noise emitted from the device, it should be able to alleviate the common issues related to unwanted pests. Your pets might initially be afraid of the device but will eventually become accustomed to it.

There are a surprising number of similar own available for purchase, however many do not have the same glowing reviews, not to mention may come at a higher cost.  Do not go for plastic alternatives which may just sit in your yard without moving and provide the same effectiveness as Owl Alert.  While these are meant to look like predator owls, they will not prevent critters from entering your yard.

To its credit, Own Alert uses three defense mechanisms, so everything considered, the device is one of your best bets in getting rids of unwanted animals in your yard.  It offers a rather unique design and robust set of features compared to alternatives models on the market.